An architectural manifesto, Villa Cavrois, the work of architect Robert Mallet-Stevens, a figure of the modernist school, was designed and built in Croix between 1929 and 1932 for Paul Cavrois, a textile industrialist from the Nord department, and his family.

Listed as a historical monument in 1990 thanks to citizen mobilisation, and acquired by the State in 2001, the huge restoration project implemented in 2003 by the DRAC Nord-Pas-de Calais and then taken over by the Centre des Monuments Nationaux in 2008 will be completed in 2015. 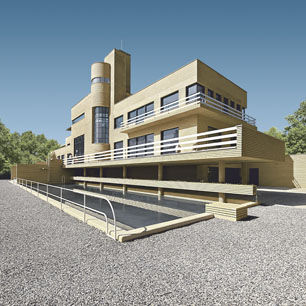 Streetcar to the “Villa Cavrois” stop, then a 10-minute walk.